Our Business is to Grow Yours.

Our success comes from building relationships and working in partnership with our clients. Business growth with professional unbiased advice.

Kayana was born to develop and invest in technological solutions for the hospitality industry during Covid. When social distancing rules were in place, the company hired a tech team to develop a solution that restaurants can use instantly to take orders without a significant investment in technology or having to develop their own solutions which could be quite expensive.

Currently, global self-service accounts for $1.5 billion. However it is believed that this will grow 7% year on year eventually becoming the prominent way to serve. There is a lack of adoption in the market mainly due to the fact that the technology is not within reach of most users.

There is currently no solution in the market that will eventually provide the plug and play functionality that Kayana offers. The Kayana app is here to improve the way we work, eliminating service journey inefficiencies while increasing customer satisfaction. If you are in hospitality, improve your customers’ experience with Kayana. 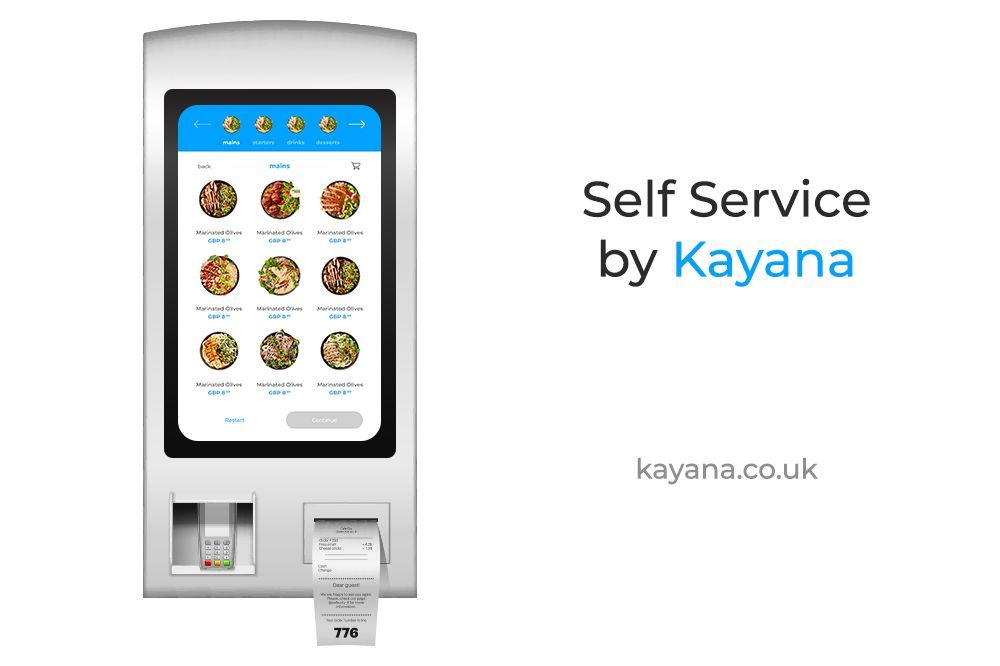 Wiseman London design and hand-build specialist instrument cases for the world’s top musicians. Wiseman cases are used by musicians from virtually every major international orchestra, including leading figures from the jazz world, such as Courtney Pine and the great trumpeter John Faddis.

Howard’s bassoon teacher commissioned Howard to make the same case for him. Being Principal bassoon in the English Chamber orchestra and the Chamber Orchestra of Europe, Robin O’Neill was Howard’s perfect first customer! Before long the “Wiseman” tubular bassoon case had spread throughout the professional circuit in London.

By the time Howard was 17, he’d built cases for Principal bassoonists in the Vienna Philharmonic, Berlin Philharmonic, Paris Opera and a large number of major European orchestras. It all happened because of the bassoon. Head over to their website to learn more these beautiful Wiseman cases.

RDX Security has impressively grown from strength to strength since its inception. The company has quickly developed a strong and powerful team with hundreds of professionals in the security industry.

The company has made investments in developing systems and processes to quickly deploy security professionals on a short notice. RDX Security has supported various projects including Covid related government projects to ensure that people follow the guidelines especially when coming into the UK.

If you are looking for a reliable security provider then look no further. RDX Security has successfully delivered exceptional services within their client’s budget.

Capital Electrics works alongside construction companies to provide a complete range of mechanical and electrical services. They focus on energy efficient products and services to help businesses save money on operating expenses. Converting to LED lighting has never been so simple. It’s a great way to save money and improve carbon footprints.

They have completed a number of high value projects that includes sub-station works and supply of utility services to development projects. Capital Electrics has a friendly competent team of qualified electricians with years of experience in dealing with electrical works. 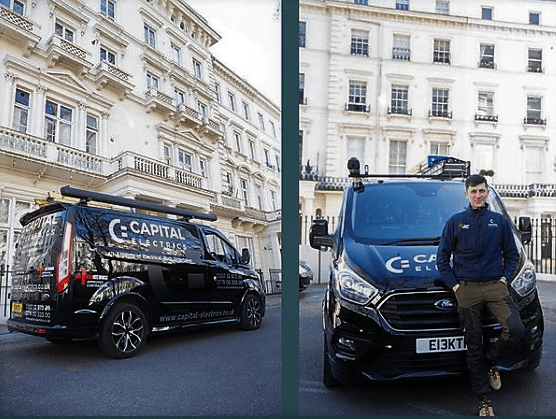 Based in Mayfair, London – Season Car Hire maintains a fleet of luxury cars available to hire with or without a driver. The company offers end to end solution for self drive hire rentals with insurance on high-end super cars.

The client base of the company includes a number of celebrities, public figures, high net worth individuals and corporate customers. Some of their cars have been used by well know film and music production agencies.

If you fancy a nice car for the weekend or any other special occasion, Season Car Hire can offer a great range of vehicles. 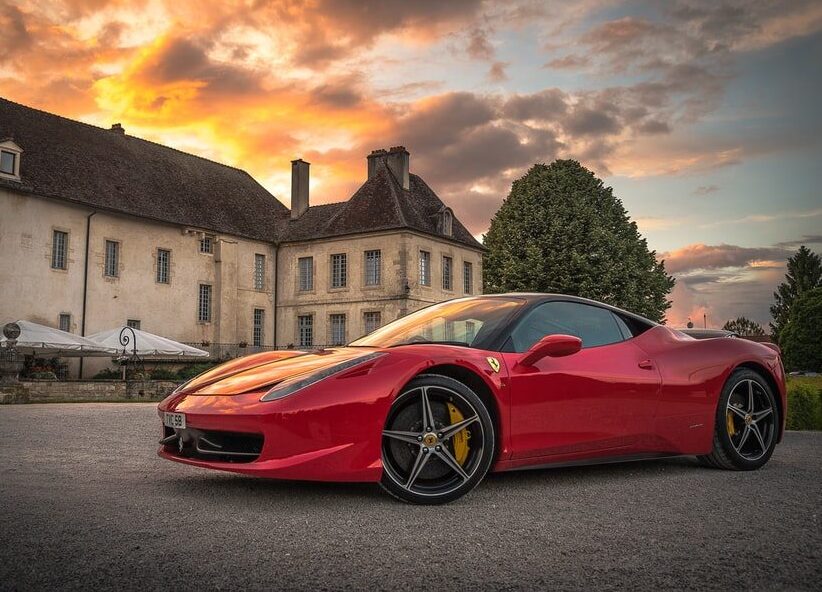 The hub of innovative thinking – Ranked among the top universities in the world by major education publications. The University of Chicago is a private research university in Chicago, Illinois.

Founded in 1980, its main campus is located in Chicago’s Hyde Park neighborhood. It enrolled 16,445 students in fall 2019, including undergraduates and 10,159 graduate students. Their culture is to help raise the questions instead of giving answers to encourage innovative thinking and new ideas.

The incredible Nobel laureate wall signifies a century of innovative thinking. It is about people not just taking the world as given but people wanting to change the world and asking questions. 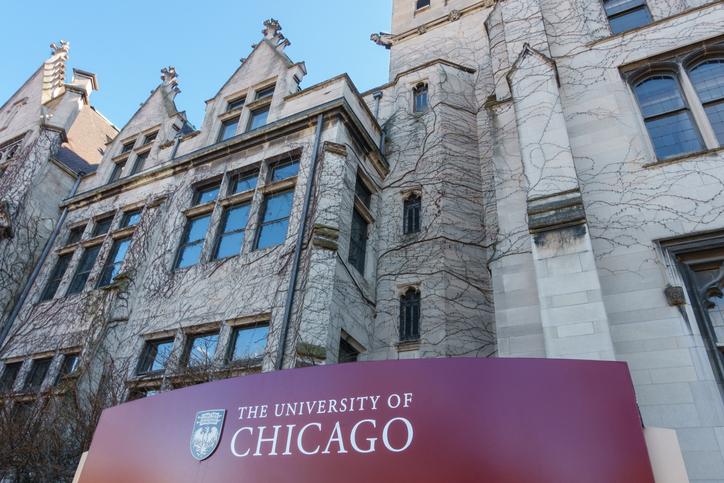 Google DeepMind has moved into a new flagship building in King’s Cross. The company was acquired by Google for around £400 million in 2014, Hassabis and his cofounder Mustafa Suleyman, head of applied AI at DeepMind, are both born and bred in London.

Google says it will eventually employ around 7,000 people in King’s Cross, and it has acquired a number of other properties in the area. The offices are designed and built to provide for high energy, collaboration and engaging workplace that includes an AI lab, founders room and library.

Using artificial intelligence, their team have solved the impressive and ground breaking protein-folding problem that baffled scientists for years.  Alphafold AI reflects the potential of people at Google DeepMind. 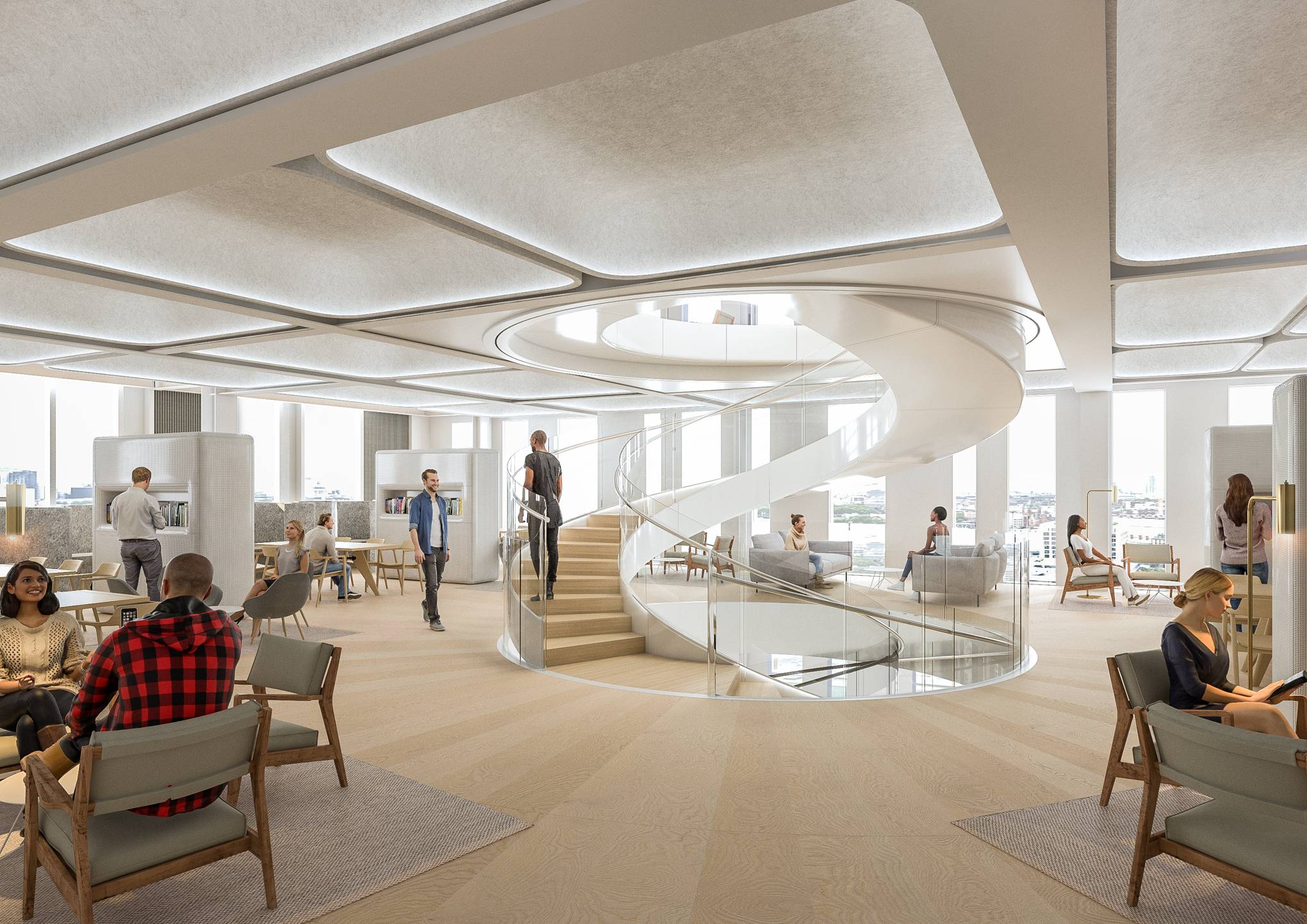 Bradfords Building Supplies Ltd has £144M turnover with over 50 branches  throughout the South West, Herefordshire and Worcestershire and is one of Britain’s leading names in the building supplies industry. It was way back in 1770 when Mr Bradford first opened his doors to West Country trades.

Fast forward 250 years, their passion and commitment to providing the best service to local business remains the top priority. With more than 50 branches across the South West, a great new website and a range of delivery options, the business has provided easy access to customers.

The company has made a series of acquisitions along the way to boost its operational and engineering capabilities. Bradfords aims to be the leading privately owned supplier of building materials in the UK. 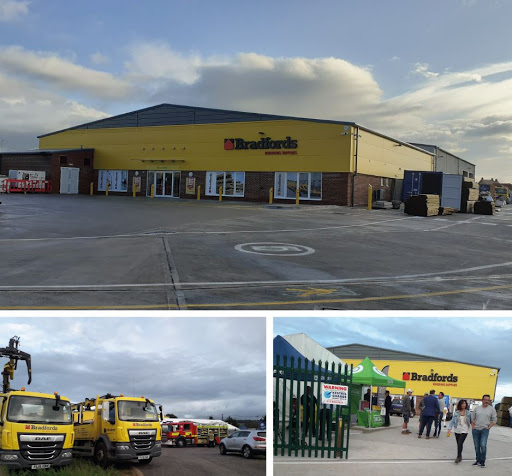 Bespoke Retail Solutions is behind some of the most beautiful retail designs in London and New York. Their work includes working with well-known brands to provide concept, design and installation services.

We ask a number of questions to learn more about the company and completed projects. Of course, not every project qualifies for the tax relief but we do find a number of eligible activities within the business. In some cases, the company has had to change its strategy purely based on a technical R&D problem.

A comprehensive technical report is prepared by Taxqube that explains the technical activities to HMRC along with it’s associated cost. Head over to their website to see the amazing Christmas work completed by BRS. 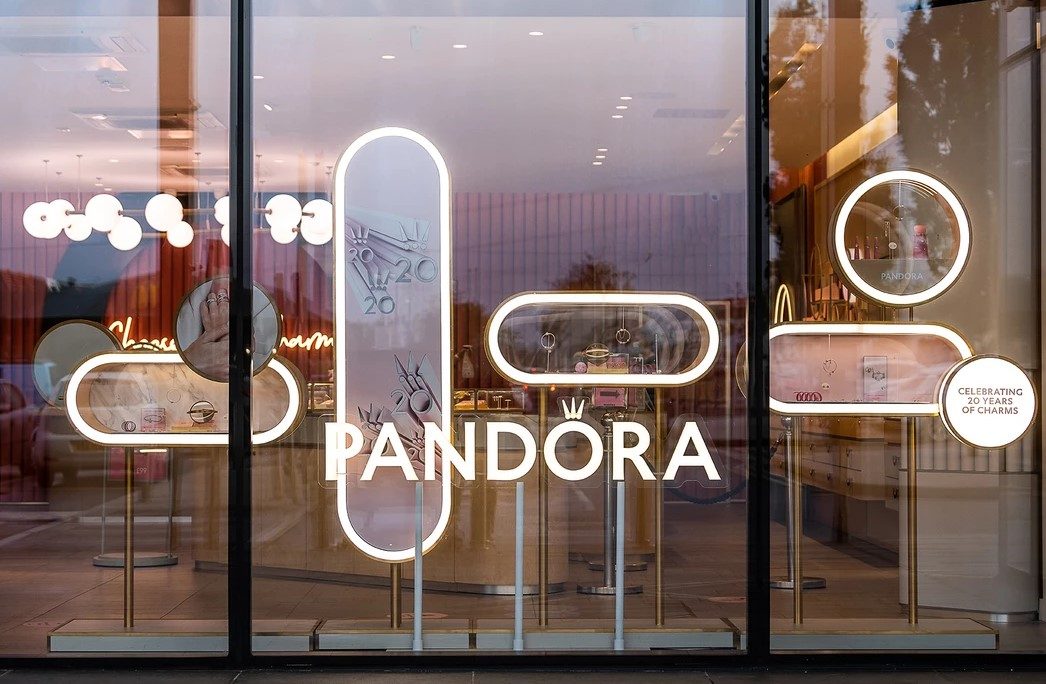 Last Man Stands is the world’s largest amateur cricket league with more than 100,000 active players globally, 12 countries and more than 140 cities. Taxqube worked with the company director and cricketer Wayne Greve in order to identify R&D eligible activities within the business.

Last man stands has invested in R&D, they have developed a number of processes to make the beautiful game of cricket even better and enjoyable. Over a series of meetings with their team, a number of activities were found to be eligible for research and development tax credits. Within four weeks the claim was successfully processed by HMRC and funds were released by TaxQube on the same day. 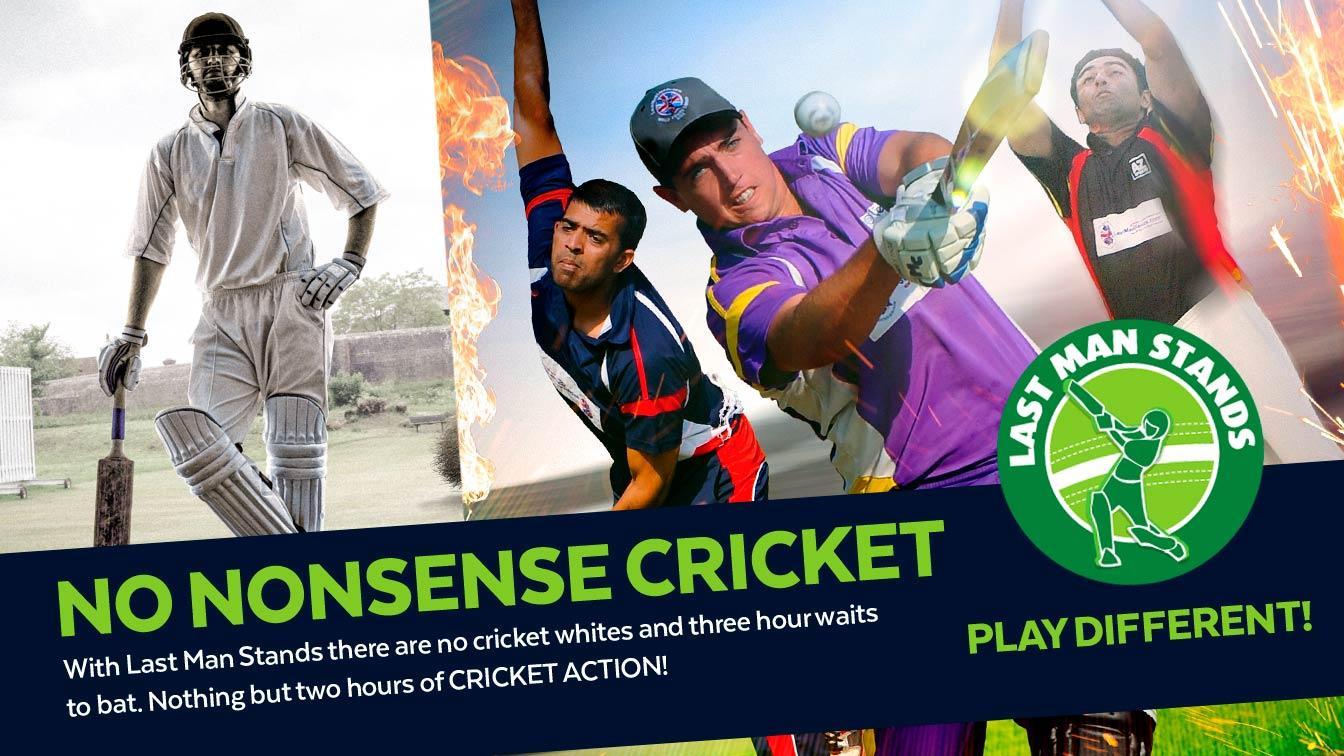 Herne Hill Velodrome is the last remaining functioning venue from the 1948 London Olympic Games and has played host to world famous and Britain’s most successful professionals such as Tom Simpson, Reg Harris, Fausto Coppi and Alberto Contador.

It helped nourish the young careers of Bradley Wiggins and Laura Kenny, two of Britain’s most decorated athletes. The purpose of this design and build project was to create a new build pavilion and grandstand to save the venue from obscurity and sustain its legacy.

Appointed by the main contractor, we worked alongside the main contractor to identify and prepare eligible R&D activities. We engaged with several members of the team to conduct interviews to understand variations and problem solving during the project. 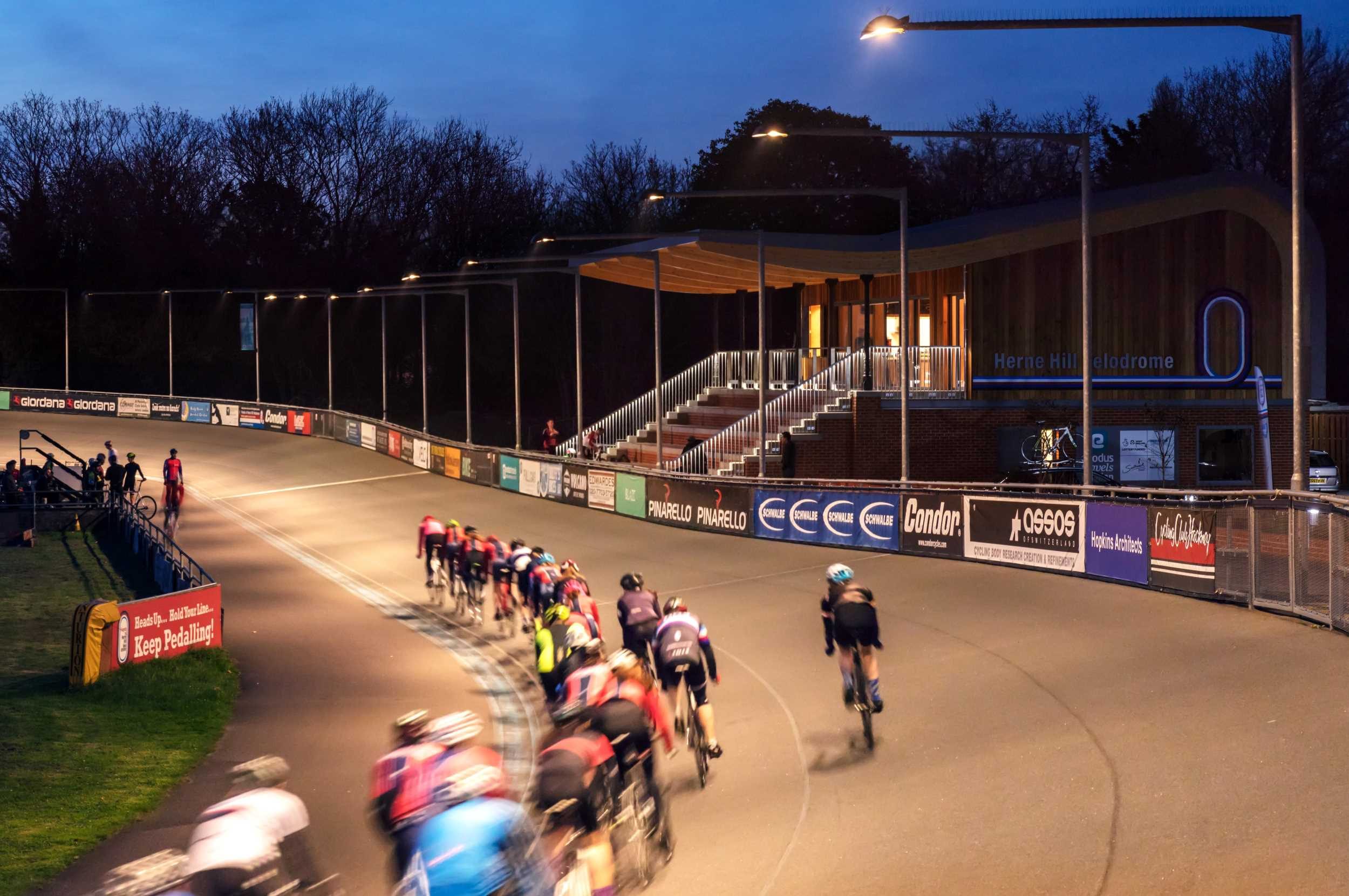 Beautifully crafted beer by Coalition Brewing can be found in some of London’s premier bars, hotels and restaurants. Their approach is creative and collaborative to ensure a pleasant experience. Taxqube was appointed by the company to help them in the R&D process.

Our team worked with the company director to discuss the process of creating craft beer and the stages of improving the product.

Taxqube managed to secure thousands of pounds worth of grant funding for the company and handled the process from start to finish. At the time when the hospitality industry is suffering due to the coronavirus pandemic, grant funding is helpful to support hospitality businesses. 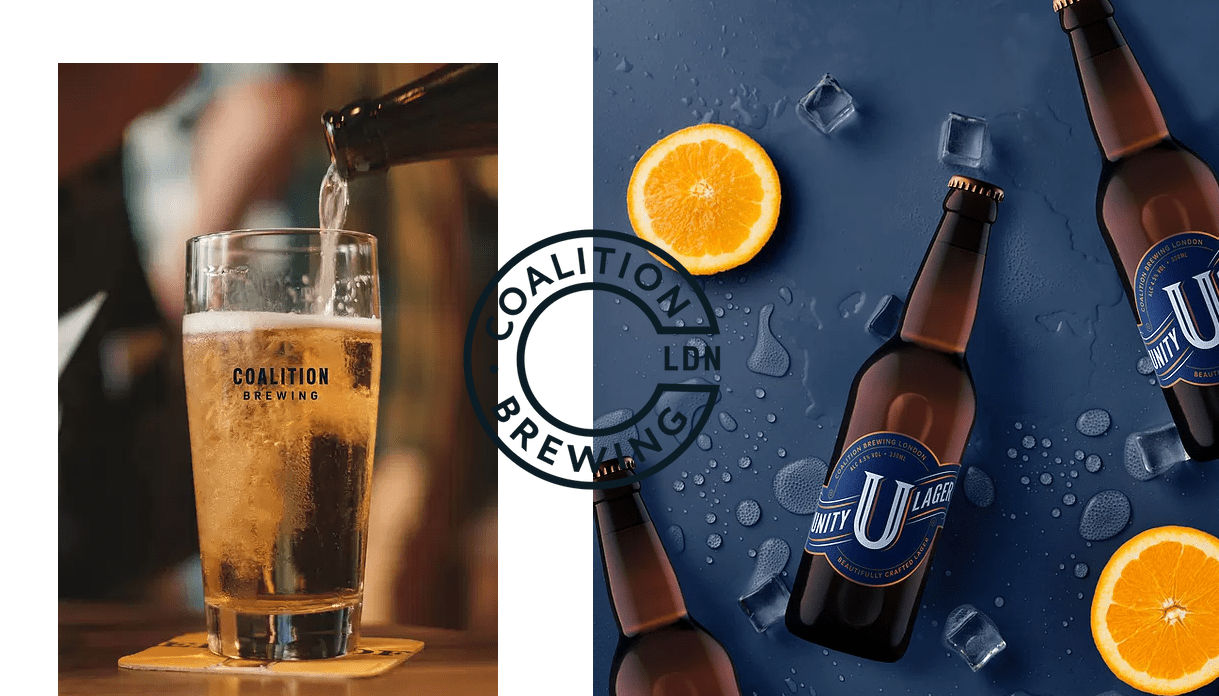 Specialist Machine Parts is a family run business based in the West Midlands and provides technical support and special products to the welding industry. With over 40 years of expertise in this field, it enables them to offer a unique range of products and services, covering manufacture of obsolete parts, sourcing of replacement parts and offering major savings when compared to O.E.M. prices.

P.C.B. and machine repairs to most makes of equipment. They also offer their own range of niche products, designed and manufactured in house. The R&D technical report was prepared by Taxqube to capture the relevant activities and to apply for grant funding.

We worked with their accountants to obtain the financial information required to prepare the claim. Once the claim was submitted, Taxqube received funds within four weeks and transferred to the client on the same day.

Berkeley Square is one of the most prestigious addresses in London, it is considered to be the Jewel in Mayfair’s crown. Dating from 1906, this imposing building is the fine work of the architect Frank Verity.

The original façade, with its Louis VI-inflected styling, conceals a superbly re-imagined, modern office space of the highest quality, offering a total of c.56,000 sq ft.

We worked with the main contractor to identify and understand the project which resulted in the identification of an eligible R&D claim. A detailed report was prepared to capture all the important information relating to the claim to protect the company’s position from future tax investigations. 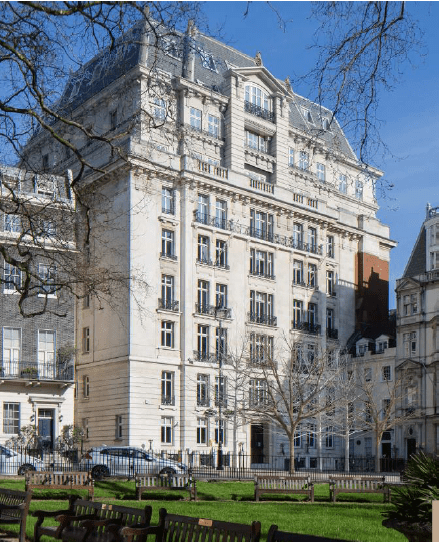 At the Bond street station – The bespoke hexagonal ceiling system is modern and functional that fits in well with the overall appearance of one of the busiest tube stations in London.

We worked alongside the main contractor to successfully identify eligible qualifying activities. The bond street station is used by millions of passengers and the project was part of the overall upgrade of the site with major disruption to the site and traffic. 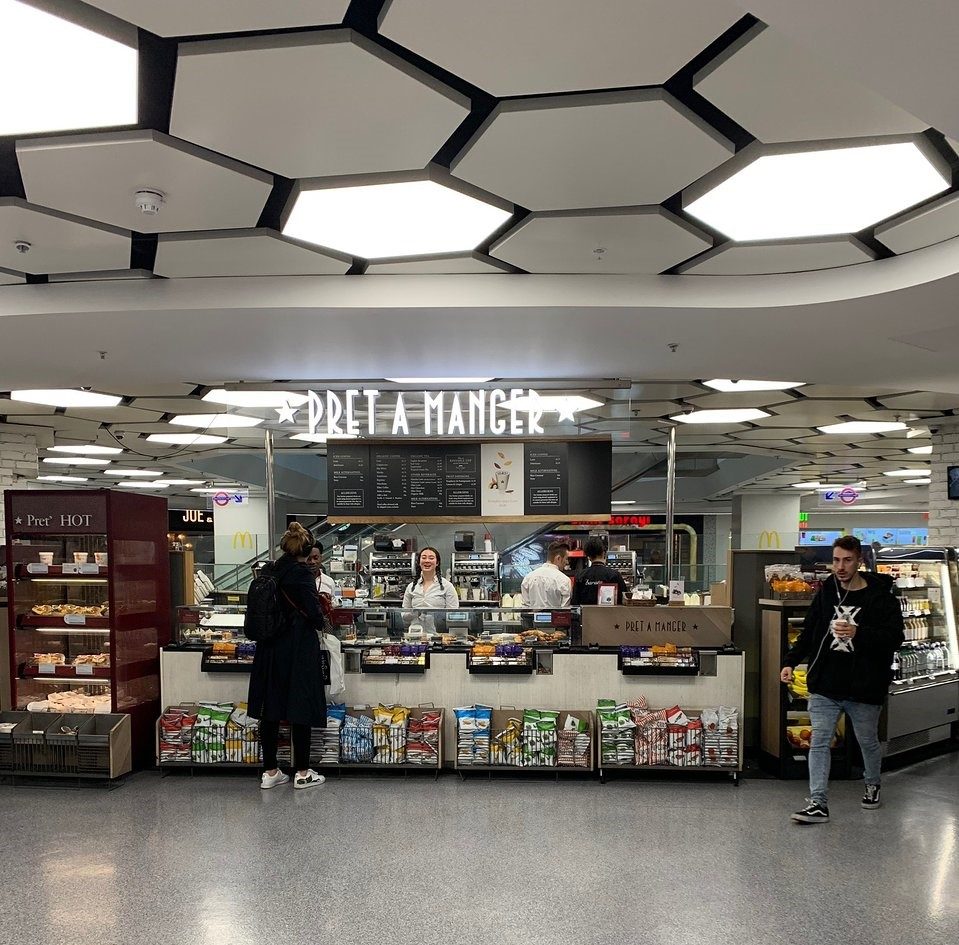 The location of the building is only 150m from the High Holborn station and it is surrounded by culture and green spaces.

Modern and open plan offices are offered by the building as a result of upgrading the building by carrying out extensive works. One of Lazari investments portfolio properties backed by a billionaire family in Cyprus.

We were appointed by the main contractor to work alongside the project director. The project value was in the region of £55M with major works done to the building that now offers high end retail and office space. 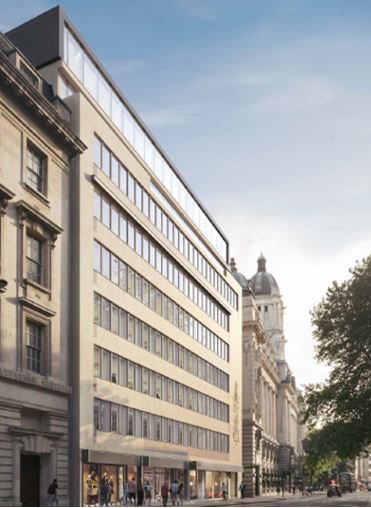 Each launch system incorporates three rails, i.e. one system carries three missiles. This allows a single aircraft to carry large numbers of missiles. We worked alongside the metal fabrication company to identify eligible R&D activities relating to the manufacturing of the missile launcher. A successful R&D claim was made by our professional advisers. 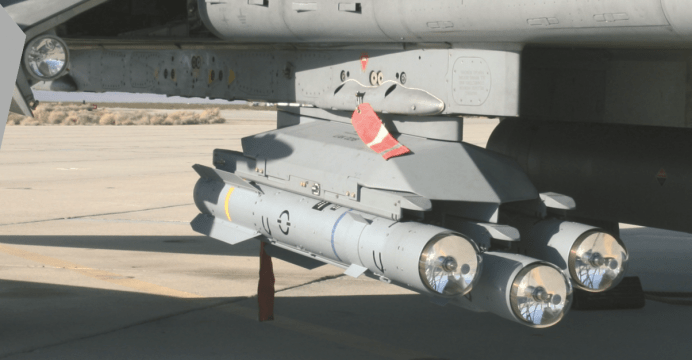 Our technical team is here to help you.

Speak to one of our advisors today!

Please provide as much detail as possible. One of our experienced business advisers will contact you to discuss further.